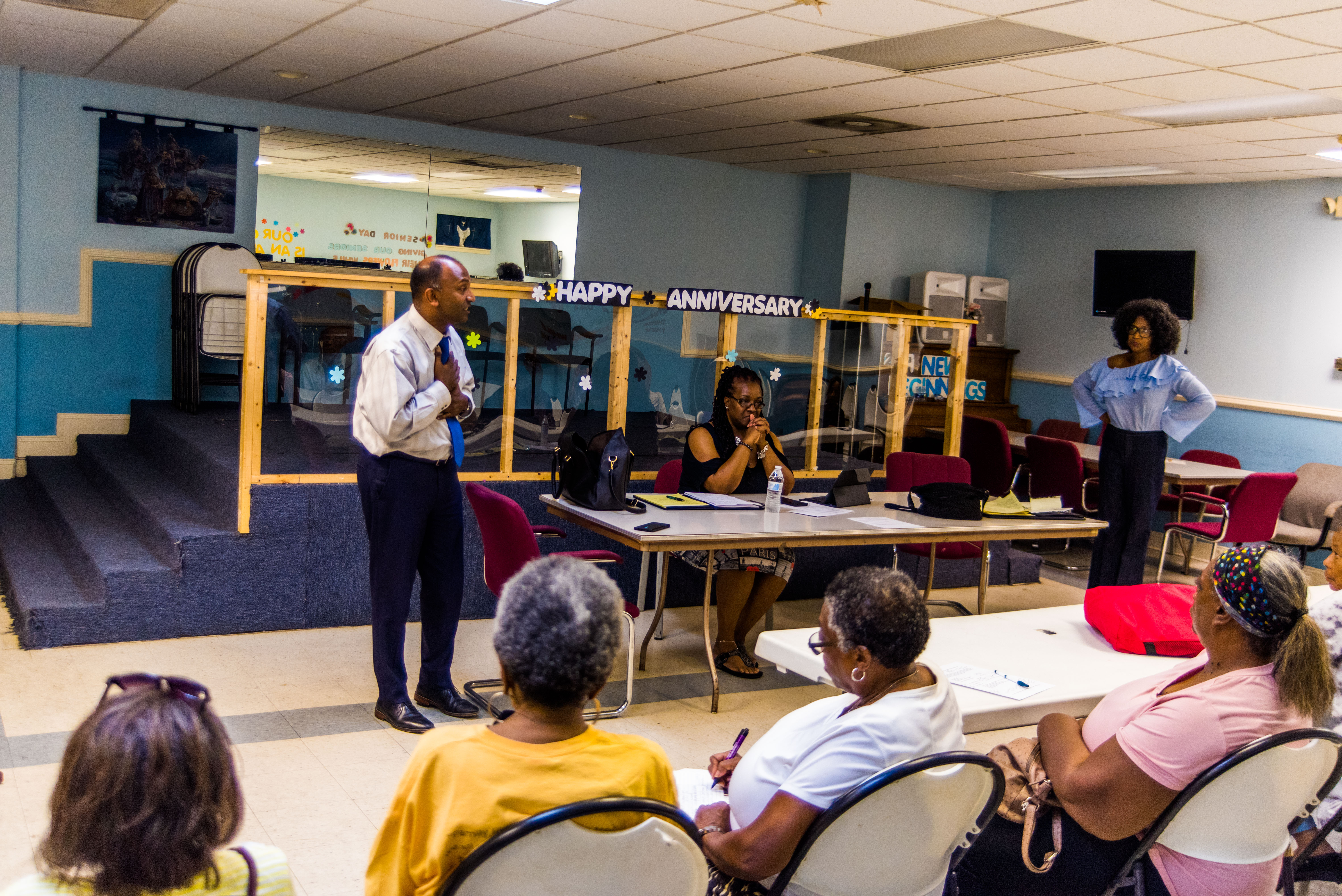 Thiru is a true son of Baltimore. His parents are retired Baltimore City schoolteachers who taught Thiru by example the meaning of public service. His mom started at Poly and finished teaching at Morgan State; his father taught at Edmonson and Frederick Douglass, Southern High School and Western. They had escaped a country ravaged by civil war when Thiru and his younger sister, Krish, were small children. Baltimore gave Thiru’s family a chance. Thiru is the proud product of public schools, going from Edmondson Heights Elementary to Woodlawn High, where he participated in mock trial, played sports, and graduated valedictorian.

Even with every door open to him, Thiru devoted his life to public service in Baltimore City. Fighting violent crime and corruption, he began as a federal prosecutor in the Violent Crimes Section of the U.S. Attorney’s Office, then served as Chief of Major Investigations in the State’s Attorney’s Office, which was responsible for handling the “toughest cases against the city’s worst criminals.” Thiru was honored by then U.S. Attorney Rod Rosenstein for his work successfully prosecuting the Black Guerilla Family (BGF), the city’s most ruthless gang. Thiru was then named Deputy Attorney General for the State of Maryland, where he made Maryland the first state in America to establish statewide discriminatory profiling guidelines. When he was named Deputy Attorney General, the city police commissioner called Thiru a “once-in-a-generation lawyer and leader.”

Thiru learned from his parents the importance of education, and he made the most of every opportunity he was given. After Woodlawn High, Thiru took out loans to attend Yale University and Harvard Law School, earning a degree in Ethics at Kings College London and working at McKinsey in between. He was elected President of the Harvard Law Review, the same prestigious position Barack Obama once held. Thiru earned judicial clerkships with Judge Guido Calabresi and Justice Stephen Breyer on the United States Supreme Court.

Thiru is not a career politician—he is a proven prosecutor and public servant with the track record, leadership experience, and integrity to address a spiraling crisis of historic proportions with no end in sight. Thiru’s central pledge to end the bloodshed and root out corruption is built on a career of doing just this, not just talking about it. He believes Baltimore has to tackle the big and small challenges, from water bills and potholes and squeegee boys to fixing our schools, reducing property taxes, and restarting a more inclusive economy.

Join us!
This is a grassroots campaign and we need your support to bring change to City Hall. Sign up today to knock doors, donate, or join Thiru for a coffee before work!
DONATEVOLUNTEER

No major city in the United States of America has an immigrant at its helm in 2019.

Thiru would be the only mayor in a city of over 500,000 that understands what it means for a city to be a sanctuary city. A city that is committed to serving the role Ellis Island once did in New York.

Baltimore opened its arms to Thiru’s family forty years ago, and Thiru is committed to making Baltimore a city that continues to grow and to welcome others. Addressing the biggest crises of our day, crime and corruption, will improve the quality of life of every citizen - from single moms on the west side to those considering opening a business downtown.

The pillars and policies of Thiru’s campaign come from his life, having to rely on safety nets when he was young himself, and having parents who devoted their lives to bettering the lives of others in the city. With experience as a prosecutor and a lawyer, Thiru saw the need to improve Baltimore City public schools and to increase economic opportunity for people of color who have been deprived of a chance to succeed. At the same time, he hopes to address issues of health in lower income communities by reducing rates of addiction and malnutrition and help to create a thriving community.

If you believe in safer streets and stronger schools, in
integrity and rooting out corruption, in hope and
opportunity and justice for all, this isn't just my
campaign—it's your campaign too.